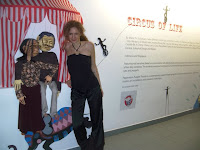 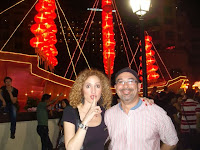 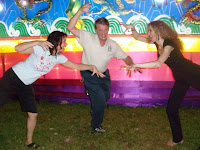 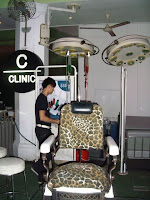 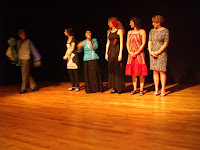 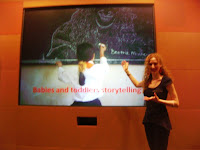 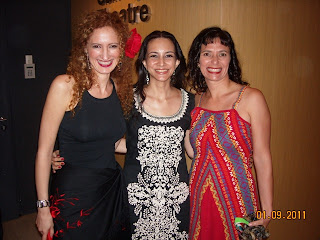 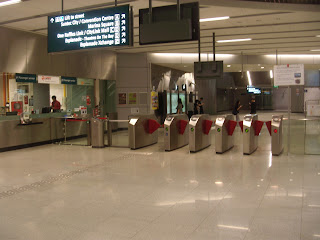 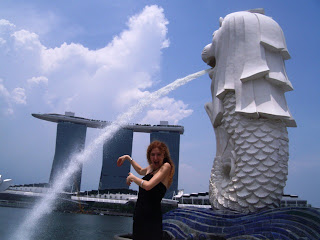 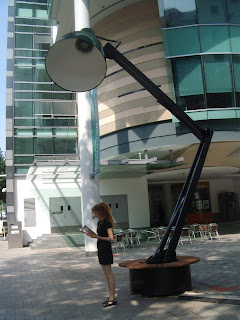 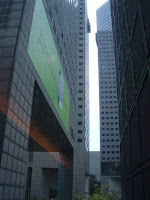 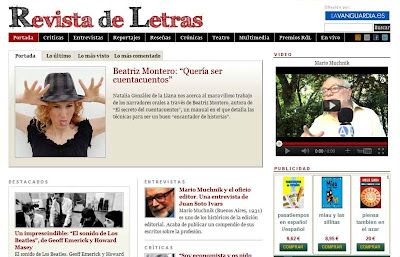 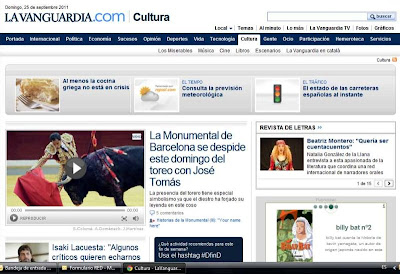 To tell a story well

education
A session of story telling can improve your diction and vocabulary
Hands moved, legs danced, mouths sang and the eyes spoke in unison. Hundreds of kids sat on the floor with rapt attention and repeated the actions and expressions. Drama and cacophony marked the story telling session at Mahatma School. “Stories for long had captured everyone's interest and now, it has evolved much. You can tell, dance, write or mime a story” says Geeta Ramanujan, Executive Director, Kathalaya Trust, Bangalore.
Beatriz Montero and Enrique Paez from Spain are two other story tellers who tagged along with Geeta on their first visit to India. Beatriz is a Flamenco dancer while Enrique is a writer and Professor too. “We are part of the International Story Telling Network which has 490 members from 15 countries. The network has marked June 21 as the World story telling Day” says Beatriz, enacting the Spanish story of the ‘Whimsical Prince' for the students. “It is a wonderful experience being in India and knowing about the stories here. Every country has different stories and tales”
“Even regions differ in their stories. Once when Kathalaya visited the Santali tribes in Orissa, we were surprised to know that the fox is depicted as the friendliest animal in their folk tales. Whereas, ‘cunning fox' is what we have heard” says Geeta. “Stories also tell about the belief of the place and people.” Beatriz and Geeta believe in enriching story telling by exchanging stories from different parts of the world. They are also coming up with a bilingual book together, titled ‘Two World' that will contain 10 stories each from Spain and India. “It will have illustrations and also guide sheet for teachers on how to present them in the class. The target audiences are children below eight years” says, Geeta.
‘The secrets of story telling' is another book by Beatriz in Spanish and set to be translated in English. “Story telling must start from early childhood so that it makes the child more receptive. In Spain, children are more adults but Indian kids are more participative and innocent” feels Beatriz. She also runs a recorded story telling programme on TV for kids in Spain.
“Writing and story telling are interlinked. There are many researches going on story telling and the ways to tap its benefits. Only if one is able to nicely narrate a story, he/she will be able to write well” says Enrique. He has penned over 50 books. “To become a good writer, one should read and write regularly. Diary writing is a great way to become a writer and reading a page or two on an everyday basis will help a lot” he says, “After my first book, I revised it 29 times and even now I end up revising seven to eight times. Before starting to write, you should have the characters, setting, plot and course of the story and the mode of narration ready.”
Though vocal sounds, facial expressions and body language sumit up , sometimes, props are also used to make the session lively. And on the relevance of story telling for higher schools students, Geeta says, “There are schools which have taken the sessions to Class XII also.” But Beatriz says that performances are more for adults in Spain. Likewise, while most of the Western countries also record and digitalize story telling, Geeta feels, direct contact with the audience is necessary for complete impact. “Too much of digitalizing makes story telling lose its charm” she says.
Kathalaya has introduced weekly story telling periods in schools across Bangalore. “Story telling was very much a part of Indian tradition. But these days, even the grandparents are busy watching TV and stories have taken a back seat. We at Kathalaya, experiment and chart out new ways of including story telling in the curriculum” says Geeta, “We go on a contract with schools and even give training to teachers on how to integrate concepts and stories. Many schools have successfully adopted story telling as a medium for science, history and even mathematics.”
Apart from this, Kathalaya also conducts shadow play workshops in various institutions. “Stories improve the vocabulary, diction and listening capacity among students. There is good demand for Indian stories and story tellers in other countries. Many European schools take up story telling as part of value education and cultural base programmes” says Geeta.
Keywords: story telling, enhancing education
http://www.thehindu.com/life-and-style/kids/article2455918.ece
Publicado por Beatriz Montero en 21:00 No hay comentarios:

Reportaje en el periodico The Hindu : Once upon a story-time (India)

Once upon a story-time

arts, culture and entertainmentbooks and literature
PEOPLE Beatriz and Enrique from Spain tell CATHERINE RHEA ROY how seriously storytelling is being taken in their country
You are a grown up and much too old to enjoy story-time, but the job demands you sit cross-legged on the floor, fighting a cramp and watch a Spanish lady prance around you and narrate the story of a whimsical prince. You are not too old anymore and wish you could have someone at your bedside every night and rock you to sleep as they begin, “Once upon a time…”
Brought in from Spain by Kathalaya Trust, an organisation that specialises and teaches the art of story telling, story tellers Beatriz and Enrique were performing an exclusive at Easylib (www.easylib.com), as a part of the library's literary initiative. The two are members of the International Storytelling Network and on their first visit to India.
The two have authored several books and while Beatriz is a flamenco dancer, Enrique also works as a professor of creative writing. “The foundation of story-telling is the same as creative writing, you need to believe in your story when you write it, similar belief is needed when you tell a story,” says Enrique who then paraphrases Oscar Wilde, “To write a good story you first need to have a good story. You need to know not just how to write but how to write a story and lastly you need to have a desire to write it. You must want to write it.”
Both of them have written for children and Beatriz agrees that the writing and storytelling can be complementary, “Being a good storyteller helped me write my stories but you need to know the narrative techniques of storytelling in order to pen it down in an interesting way for children to read.”
Enrique who has years of pedagogical experience in the subject says, “Knowing the techniques of writing and the varied components like view points of the story, setting of the tale, building up the characters and working with conflicts in the stories can help to both narrate and write the story better.”
Storytelling is fast becoming more than just a teaching experiment, but an accepted tool for teaching and teachers and can be measured by the phenomenal progress children make. Enrique says, “It is a great way to help improve their vocabulary and language, but it also develops their listening skills and their imagination.”
Beatriz who works with child development in the areas of toddlers and babies says, “Storytelling helps in the development of the brain specifically the neurons. It also helps with bonding emotionally with parents, teachers and peers, which is very essential at that age.”
The Spanish storytellers are rather popular back home in Spain, and Beatriz who also studies theatre has her own television programme for children. “Storytelling is part of the ongoing library activities and is included in educational programs in schools for babies and toddlers. But unlike Kathalaya in India, it is not part of the weekly storytelling sessions in school programs. Through the International Storytelling Network formed amongst countries around the world, the awareness for storytelling is growing and Spain now has more than 920 storytellers working in 46 countries around the world,” she explains.
India is also a part of this network represented by Geeta Ramanujan, the Executive Director of the Kathalaya Trust. While the two were in the city they also conducted workshops where Beatriz noticed that the attendees were very open minded and receptive to the whole concept. Enrique continues, “The children were very receptive to Spanish stories and they participated very eagerly as they sang along and clapped together. And at the workshop, the participants were very extremely sensitive and sensible about integrating storytelling into education.”
Beatriz feels that any added skill like dance and music can add value to the performance “Fusion between different arts like dance with storytelling or any other skill like music is the future, if you want to go ahead with storytelling as a performance art.”
Keywords: Childrens' literature, Story telling, Workshop 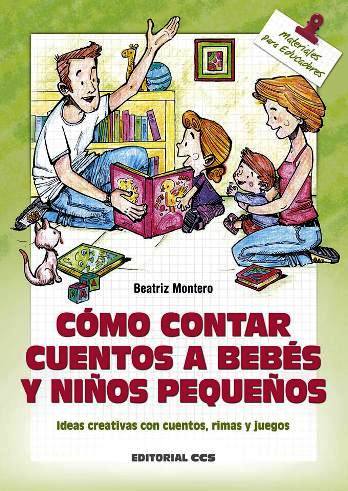 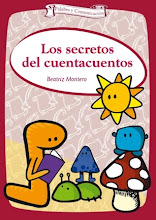 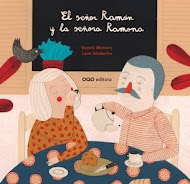 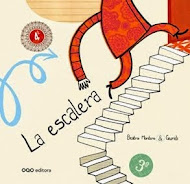 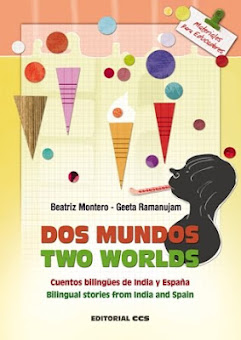 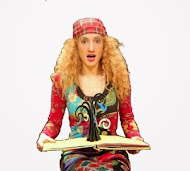 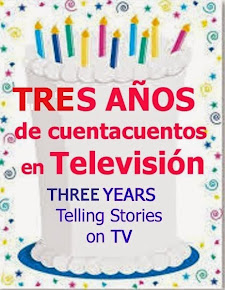 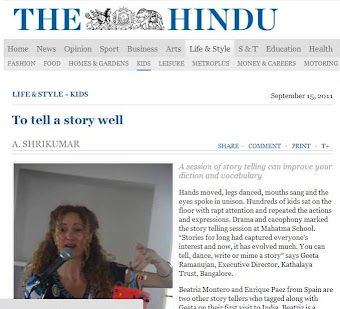 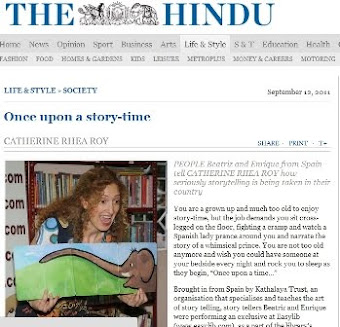 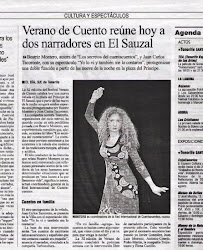 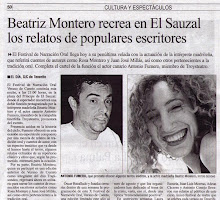 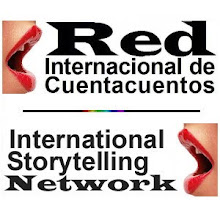